How the NBA Revitalized its Marketing Strategy

Innovate or die is a phrase often echoed  in the marketing world. No matter how large your brand is, if you are not proactively thinking about how to stay ahead, your company is destined to get left behind. Even brands as large as the NBA are not immune to this concept, which why under Commissioner Adam Silver, the league has undergone significant changes to remain on the cutting edge of the sports world.

From unparalleled access to players and coaches rethinking  their content strategy, the NBA has kept basketball interesting and even expanded its reach and audience. Not too shabby considering the same two teams played in the finals for four straight years in a row. But how did the NBA do it?

The league knew it had to find new ways to incorporate sponsors, without watering down the final product. They used a combination of unique solutions to bring on ad revenue while keeping fans engaged. If you look closely at the top corner of NBA jerseys this past year, you will see something new. The NBA allowed teams to subtly sell ad space in the form of patches on their uniforms. A tiny logo brought teams over $150 million in revenue, without interfering with the players or irritating the fans. Far different from the obsessive jersey advertising of NASCAR or even soccer, this move paid huge dividends while keeping the integrity of the sport intact. 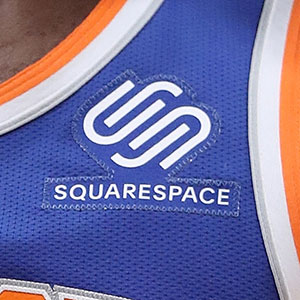 The NBA combined this approach with integrating brands in immersive experiences around the season’s biggest events. NBA All-Star Weekend has quickly become a marquee marketing event with brands like State Farm, Mountain Dew and Budweiser flocking to take part in the event in the form of multisensory experiences to pop-up concerts. Looking more like SXSW than a sporting event, the NBA has transformed All-Star weekend to bring fans and brands together like never before.

While basketball was born in Springfield, Massachusetts out of peach baskets and a rubber ball, the NBA has made significant strides recently in growing the game overseas. It has made global accessibility a focus in leaning on digital platforms to broadcast games to a worldwide audience. From expanding its NBA League Pass offerings to using local partners for market-specific distribution, the NBA’s commitment to globalization is paying off. It has also heavily leaned on players as foreign ambassadors. Yao Ming and Dirk Nowitzki helped to expand the game across Asia and Europe respectively in the mid-2000’s, but now the league is even more diverse and global. Currently, around 25% of the league is made up of foreign players, equating to around 108 athletes from over 40 countries. Even this past year’s MVP, Giannis Antetokounmpo, is from Greece. While the name pronunciations of these global stars may be hard, the growth potential is not.

Looking further, the NBA is starting to see major traction in foreign markets. Out of the 1.4 billion people living in China, 640 million watched at least one NBA game last year. As well, around 180 million NBA social media followers are from China. This global strategy is beginning to take shape. Using athletes as influencers are helping to grow a global audience and boost the profiles of the league and its rising stars.

The best way to expand your demographic is meeting them in the locations they frequent. The NBA jumped on the esports bandwagon by becoming the first professional league to create an official esports league. Through a partnership with the NBA 2K video game, each real team is given an esports affiliate that drafts gamers to their team. What seems like every kid’s dream has turned into a profitable venture bringing the digital generation to the NBA.

Developing partnerships with top streaming platforms Twitch and YouTube, the NBA is finding new avenues to distribute their content. Not even limited to esports, the league has started  streaming G-League (the NBA’s minor league affiliate) games on Twitch, and even some select NBA games on Facebook and Bleacher Report. Being at the lead of adopting these new content avenues will only further expand the NBA’s audience and include much of the cord-cutting generation  other brands are missing out on.

It is clear the NBA has made leaps and bounds at getting ahead of many trends to stay relevant among several different audiences. The brand has not been content with meeting expectations but has looked to global audiences, the rise of Gen Z and creative ad solutions to boost revenues and viewership across the board. Not being afraid to take risks and investing in the future versus what currently is popular is why the NBA is still going strong in an age where many legacy brands are not.